skip to main | skip to sidebar

So, three and a half years ago (June 2006), I began work on a story called "Faded, Stupid, and Reckless" (title inspired by the song "Jaded" by Mest). It was a young adult romance. One year and 70,000 words (or so) later, in June 2007, it was finished. Soon after, I wrote a short "companion" piece- basically an epilogue to the story. I told myself I wouldn't write a sequel- "what's the point?", I'd said- and for the next year (year!), I didn't even think about it. But I couldn't let the story go completely. Instead, I let it rest for a few months, and in printed it out in March 2008. I read through the entire thing, start to finish, and later took a red pen to it- correcting grammar mistakes; crossing out unnecessary words, sentences, and paragraphs; rearranging things that didn't make sense.

In September 2008, I started the sequel to "Faded, Stupid, and Reckless", "Life's Waiting To Begin" (title from "The Adventure" by Angels & Airwaves). Both stories are definitely inspired by their titular songs, although there are other songs that have served as a soundtrack to both stories. I wrote down a list of songs that had served as inspiration for "Faded, Stupid, and Reckless" and created a soundtrack, which is fun for me to listen to.

The story centers around two main characters- I'll call them P and K for short. I've been writing about P and K for three and a half years. Their story spans over a decade (in fictional time) and is over 90,000 words long.

I've grown up with P and K, in a way. I created these characters when I was 14 (almost 15) years old, and this past August, I turned 18. These characters feel so real to me- of course, they're just words on a page, but they've existed for a pretty long time (I've been writing fiction for almost five years; P and K are the characters that I've written about the longest).

I've known for over a year how I wanted to end "Life's Waiting To Begin", and in fact had the "finale", or last chapter, already written out. And today, I finally finished it. I feel so accomplished now, to have finally finished a story that I've been working on for so long. I've known pretty much since I started writing "Life's Waiting To Begin" how I wanted the story to end, but the fact that it's actually complete now is so crazy to me. It feels good. It feels amazing.

It's weird, though. Because for a long time, like, after I was done with my homework and everything else I had to do for the day, I'd tell myself, "Okay. I should probably work on 'Faded, Stupid, and Reckless'/ 'Life's Waiting To Begin'." Only now, it's all done. I'll still be writing, of course. I just won't be writing *this* story, which is weird (I always feel this way after finishing a story, only this time, it's on a bigger scale because I was working on this one for so long). I'm not sure what I'll write next. Often, after I finish a story, I'll take a break from writing for awhile (that most definitely happened after I finished "Faded, Stupid, and Reckless"- I wrote almost nothing at all for a few months). But not always. I've been writing a lot for the past few days, and I sort of have that "fire" in me. So it's not unthinkable that I'll be working on something else (possibly even starting something new) soon. 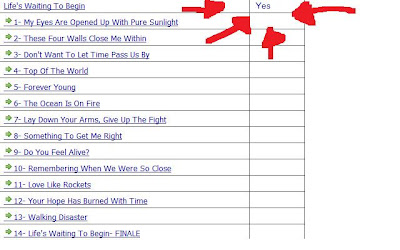 To add to my feelings of accomplishment: I'm off crutches! I've still gotta wear a knee brace like the one below, but not being on crutches is liberating, since I can finally do some things for myself.

The cool people (a.k.a. followers)

Molly
I like music. I'm a student, a vegetarian, a writer, a reader, a dancer, a guitarist, a lyricist, and a lifeguard.